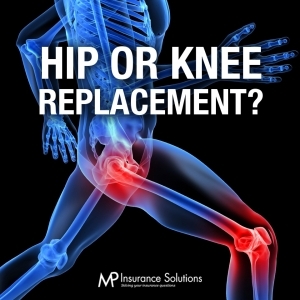 Medicare has started paying hospitals for the quality — not quantity — of care that patients undergoing hip or knee replacement surgery receive.

Many people know someone who has had a hip or knee replaced, or they may have gone through a major leg procedure themselves. When these surgeries go well, they can restore mobility and independence. However, experts say that too many of these procedures result in unnecessary complications. Medicare would like to change that and save money in the process. Starting April 1, the Centers for Medicare & Medicaid Services (CMS) will shift how it pays hospitals in the United States for major leg procedures. Up until now, hospitals and surgeons have been paid for every procedure performed. This is what’s known as the “pay per volume” model. Such a system can have unintended consequences. “In the past, if doing the right thing has meant not doing some specific part of a process, then you’d be giving up payment for that part, because every part had a payment attached to it,” Keith Mueller, Ph.D., a professor of health management and policy at the University of Iowa College of Public Health, told Healthline.

The new CMS “bundled” payment model will focus on the quality of care more than the quantity. The CMS will continue to pay surgeons, physical therapists, rehab facilities, and others involved in patient care separately for each service. However, the CMS will also track the overall cost of patient care provided by hospitals, surgeons, nursing homes, and home health agencies for up to 90 days after the start of care. If this bundled cost falls under a target price the CMS sets for each hospital, the CMS will pay the hospital a bonus. However, if patients have complications or end up staying longer in the hospital or rehabilitation facility, hospitals could have to pay back part of that bundled payment to Medicare. These changes will not affect all hospitals in the country. Medicare is rolling out the program known as the Comprehensive Care for Joint Replacement (CJR) model for hospitals in 67 areas. These hospitals account for about one-third of hip and knee replacements covered by Medicare.

Whether quality of care or cost control is behind these changes is up for debate. “In theory, it’s a combination of the two,” said Mueller. “Having said that, the clear policy motivation at this point is cost because that’s the part of the healthcare field that is getting a lot of attention and it seems to still be uncontrolled.” The CMS hopes the program will save $343 million in the next five years. That amount would be part of the expected $12 billion to be spent on major leg procedures. One reason the CMS is targeting hip and knee replacements is because they involve straightforward medical care for older Americans. In 2014, more than 400,000 people with Medicare received a hip or knee replacement, and both the cost and quality of these procedures varied among hospitals. According to CMS, some hospitals have rates of complications, such as infections or implant failures after surgery, that are more than three times higher than other hospitals. Likewise, the cost of surgery, hospitalization, and recovery in different areas can be as low as $16,500 or as high as $33,000 for the same procedure.

Although cost garners the most attention, it’s not necessarily separate from quality of care. “[fusion_builder_container hundred_percent=”yes” overflow=”visible”][fusion_builder_row][fusion_builder_column type=”1_1″ background_position=”left top” background_color=”” border_size=”” border_color=”” border_style=”solid” spacing=”yes” background_image=”” background_repeat=”no-repeat” padding=”” margin_top=”0px” margin_bottom=”0px” class=”” id=”” animation_type=”” animation_speed=”0.3″ animation_direction=”left” hide_on_mobile=”no” center_content=”no” min_height=”none”][This payment model] should also have an impact on quality,” said Mueller, “because you start being more careful how you’re measuring the outcomes of a hip replacement or a knee replacement.” Hospitals receive a set amount for the overall care of a patient. The CMS hopes this will encourage more mindfulness on how hospitals approach these procedures. “It’s really more the carrot than it is the stick,” said Mueller, “because you are changing from incentives to simply do more to do more … to doing the optimum and doing the right thing and getting paid for that.” With a strong financial incentive, hospitals may steer patients toward post-surgery care that is both high quality and cost effective. Like the previous payment model, bundled payments could have unforeseen ripple effects. Hospitals may buy up post-surgery care facilities to give them greater control over patients’ recovery leading to more consolidation in the healthcare system. That’s not the only option, though, for hospitals to survive this shift. “There are other ways besides consolidation into a big system with single ownership,” said Mueller. “[Hospitals] can do it by affiliation agreements. They can do it by working with care coordinators, whether or not those coordinators are part of their own system.” Hospitals may also stop performing hip and knee replacement surgeries on people who are more likely to make poor recoveries. Obesity, diabetes, and smoking all increase a patient’s risk of complications. Many of these risks, though, can be reduced with lifestyle changes. NYU Langone Medical Center in New York City is part of the voluntary test of the CJR model. Lifestyle modifications are good for patients over the short and long term. However, given more data hospitals may be start to refuse to operate on patients that are a high risk and unwilling to improve their health before surgery.

Some Hesitant About Payment Shift

Right now the CMS is only switching to mandatory bundled payments for hip and knee replacements. But this one change could still have an impact on hospitals and other healthcare organizations. “Healthcare payment policies that affect only 5, 10, 15 percent of the total payment tend to have a pretty dramatic impact,” said Mueller, “because the margins that a lot of the healthcare providers operate under are narrow.” So when Medicare payments shift, hospitals listen, especially when the changes are mandatory. “If you start affecting even a small percentage of hospitals’ total revenue stream,” said Mueller, “you get a lot of attention from them.” Not all of this attention is good. Hospital and behavioral-health company Universal Health Services told Modern Healthcare in February that it was considering dropping out of the CMS’s voluntary test of bundled payments “until some of the kinks are worked out.” This voluntary testing of bundled payments has been underway since 2013 as part of the Affordable Care Act (ACA). It includes 48 conditions, such as diabetes, heart attacks, renal failure, and stroke. As of today, bundled payments for hip and knee replacements are mandatory for affected hospitals. Last week, two House members from Georgia introduced a bill in Congress that would delay mandatory bundled payments until 2018, saying it “comes with tremendous risk and complexity for patients and healthcare providers.” That didn’t come in time for the April start date. This leaves many people watching to see if the new system produces unexpected negative side effects, or if the quality of care actually improves for patients undergoing hip or knee replacement surgery.[/fusion_builder_column][/fusion_builder_row][/fusion_builder_container]

How to manage Medicare’s out-of-pocket costs